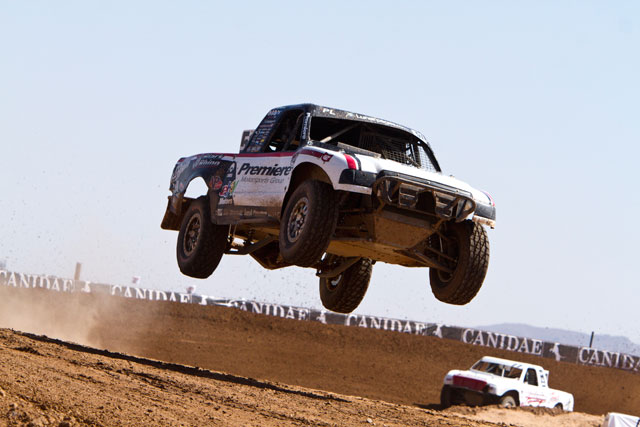 Ryan Beat competes in the Lucas Oil Off Road Series ProLite Truck Division for the Hart & Huntington Team. With Premiere Motorsports Group support Ryan celebrated his breakout year finishing 2nd overall in the ProLite Division. He has been racing his whole life in one way or another. Since he grew up in a racing family there was no way around it. Ryan has spent 90% of his life on a dirt bike racing week in week out, getting to travel over seas and around the world racing. Racing short course offers a new opportunities to do what he loves, race competitively.
Ryan Beat has raced in two of the most quickly and competitively developing classes within the Lucas Oil Off Road Racing Series. Ryan has successfully proven himself as a resilient and talented driver. This rookie has proven that despite adversity and obstacles he is undoubtedly a driver with limitless potential and innate talent.
Ryan Beat is a homegrown driver with past support from Osborn Racing, a family race team with a humble budget. Despite financial limitations, Ryan has optimistically entered every race of the series, he genuinely loves to drive and with a passion for motorsports Ryan has quickly become the underdog fan favorite. Ryan is a hard worker and has gained the respect of not only his competitors but race media as well.
Sponsors:
Ebay Motors, Hart & Huntington, Liquid Graphics, Baileigh Industrial, Lucas Oil, General Tire, GoPro, Lunarpages, MavTV, Miller, Powerbuilt, Fiberwerx, Weismann, FK Rod Ends, RC 10 Team Associated, Fox Racing Shox, Pin Did It, AEM Electronics, Simpson, Gibson Exhaust, Thyssen Krupp, Torchmate, Competitive Metals, Northstar Battery, Beam Designs, Fanman, Corona Motorhome Rentals, Walker Evans Racing Wheels