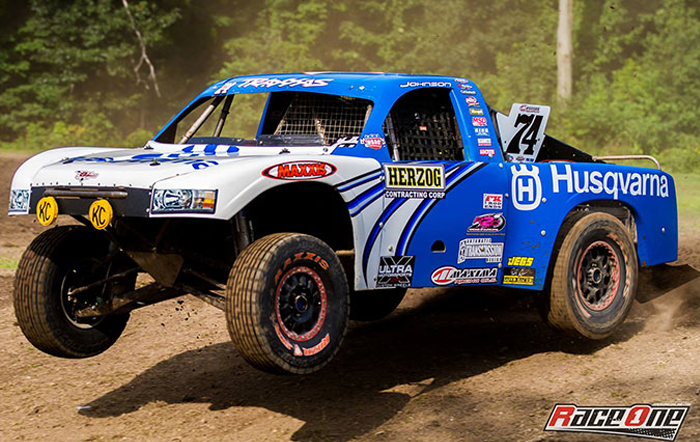 Jarit Johnson began winning races at age 5.  Since then he’s carved his racing career in both NASCAR and Off Road.  His older brother, 5-Time NASCAR Sprint Cup Champion is already a superstar of NASCAR making the Johnson name one of the most valued in racing. Jarit comes from a hard working “racing” family that derived from humble roots.  Their father (Gary) was a heavy equipment construction operator and their Mother (Cathy) was a school bus driver.  Racing on the weekends was a family affair.  Gary would help build the racetracks and Kathy would work the snack-bar stand.Over the past several years Jarit has been working up the ranks of stock car racing including starts in NASCAR’s second and third highest series (Truck and Nationwide Series).  In 2012-2013 Jarit will return to his roots… Short Course Off Road Racing.
Jarit’s passion is behind the wheel of a race car, but he has a solid understanding of the importance of marketing having represented several national and international companies with both off track professionalism and good performances on the track.
Born into a racing family led by his two brothers Jimmie and Jarit, Jessie Johnson has been racing since the age of 10. Jessie’s career includes moving up the ranks in legend cars, to late models, to LOORS Superlite. The 2014 race season will mark Jessie’s second run in the TORC Pro-Lite Series. Jessie will be running a full schedule this season and is focused on winning a championship.