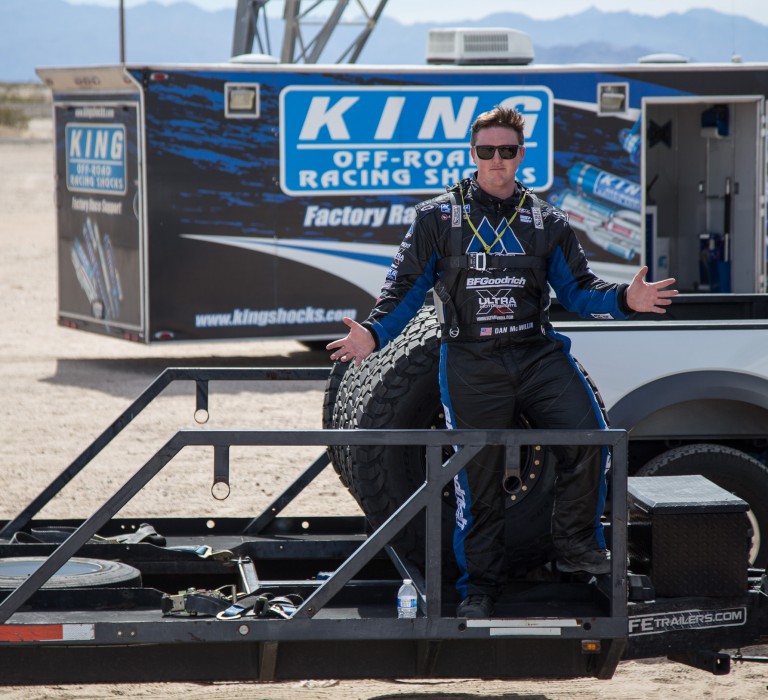 Dan mcmillin is 26 years old, and has been competitively racing for just over 10 years now. He grew up driving buggies in the imperial county sand dunes when he was 10 years old with his father mark and grandfather corky mcmillin. It was always a family tradition to go to the dunes in the wintertime, and their racing program has always been like that as well. Dan started his racing career back in 2003 when he was 15 years old in his first ever jimco 2/1600 race car. Dan’s first race was at the 2003 king of the desert in which he went on to win right out of the gate. In 2007, dan along with caleb gaddis would win the 2007 baja 250 in class 1600, leading the entire way start to finish.

Dan is a very consistent driver who takes the time to pre run, study the course, know the truck, test the truck to assure it is ready to win races. He is very smart behind the wheel, which knows when to be patient and know when to charge. Dan credits much of this success and my racing experience to his father mark mcmillin who is a 5 time overall baja 1000 champion and his grandfather corky who was a pioneer in the world of off-road racing. Since entering the trophy truck class back in 2011, dan has become one of the class favorites. His consistent and smart driving style has certainly pushed him to some of the top contenders in the series. In both 2011 and 2012, dan would finish top 5 overall in the baja 1000, and the year prior earned 2nd in class 1 at the baja 1000.

Leading into the 2014 season, dan is hungrier than ever to finish 1st overall in every race that is entered. The strong work ethic has certainly been passed down in the family and applies to dan in very large ways. Through all of the hard work, one thing still stays the same, and that is that their racing program remains true to that idea that it’s all about family. Dan has finished every baja 1000 he have ever raced in, from 1600 to class 1 to the premiere trophy truck class.