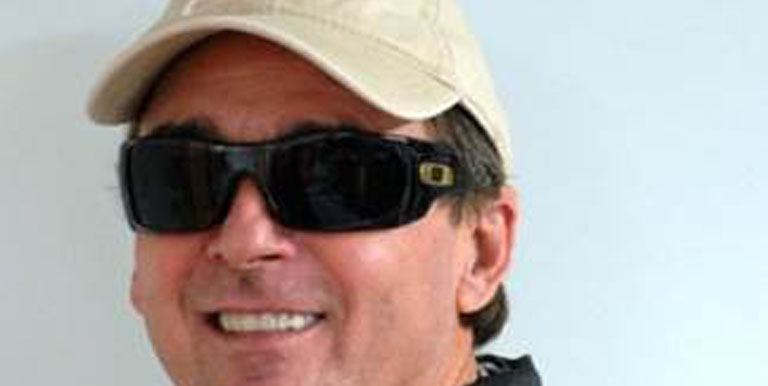 Bill Bairdis a retired ARCA Champion who bought a Campbell Enterprises buggy in March of 2011. He purchased this buggy because he thought it might be fun to ride around the hills, valleys and trails near his Sturgis, KY home.  Two months after purchasing this unique vehicle, at the suggestion of friend Shannon Campbell, Bill decided to participate in an actual off-road, hands-on, dirt-in-your-face Ultra 4 rock crawling race. Always up for a challenge and an adventure, Bill figured if nothing else it would be a lot of fun.  It was a lot of fun and even though the Ultra 4 Rausch Creek Qualifier was Baird’s first ever experience racing the car and participating in this style of rock racing he ended up finishing in 5th place and making a name for himself in the Ultra 4 series.

Running 5th in this challenging race held on May 21, 2011 triggered two life changing events for Bill.  #1 – it automatically won him a coveted qualifying spot in the 2012 Griffin King of the Hammers main event and #2 – it completely hooked him on the brutal sport!   “I didn’t know that one race would turn into the series, but I sure am glad that it has.  The start to the finish line was the hardest part.  JT (Taylor) told me where to go, and I just followed directions on what to do.  I didn’t make any mistakes and kept it out of the trees,” Baird said after the Rausch Creek race with a smiling, muddy face.  “I came here wanting to qualify for King of the Hammers and at least finish in the top 10, but I didn’t get my hopes up.  I guess a little talent paid off.  I have spent a lot of time racing over my life, but have been away from it for years and I just like to drive fast vehicles.  Main thing, I had to finish the race, and I did and ended up better than I thought I was going to.”Baird went on and ended up racing the rest of the 2011 Ultra 4 Series in preparation for the 2012 Griffin King of the Hammers and at 62-years old he was named the 2011 Ultra 4 Series Rookie of the Year.

Bill Baird’s name is also well known in the ARCA Racing Series with over 68 career starts with 28 top-5 finishes and 36 top-10 finishes.  His list of accomplishments is long, including the 1999 ARCA Series Champion, multiple Pole Positions, Rookie of the Year in different disciplines of racing, Most Improved Driver and more.  He is a veteran of ASA late model series, dirt modifies and UMP late models.

His history doesn’t come all from the track, but mostly as a businessman.  He is the owner/CEO of Saturn Machine in Sturgis, KY and has contributed to 22 patents for processes and equipment in the coking of steel.  As time allowed, he ended up in the pits at the races and gradually shifted from the dirt circle track to asphalt and will now start a new chapter in the rock racing segment.