This years Mint 400 was one for the record books. Close to 330 vehicles signed up to battle other racers and a brutal course to earn top spot in their respective classes. Drivers battled through thick dust all day long to gain any position they could.

Anticipation was beginning to build as the morning race came close to an end and the afternoon racers were starting to stage. Over 50 of the best Trick-Truck teams and close to 40 Class 1 teams were lining up in qualifying order. Right behind those classes, 6100 trucks, 7200 trucks and Class 8 trucks were ready to fight for their chance to win The Mint 400.

Dale Dondel of Racer Engineering was the first truck off the line with everyone else chasing him down. Positions were gained and lost during the first laps mayhem. In the second and third lap Team Howe Performance driver, Justin Lofton fought his way to be the first physical truck on the road. He would continue that lead until the finish line and secured his spot as the Winner of The 2015 Mint 400! This was only Justins second race in his brand new Jimco Trophy Truck. They designed the truck to have our 8:1 ratio Steering Box. Justin has mentioned he will never go back to a traditional rack and pinion because he loves the way his new truck handles. 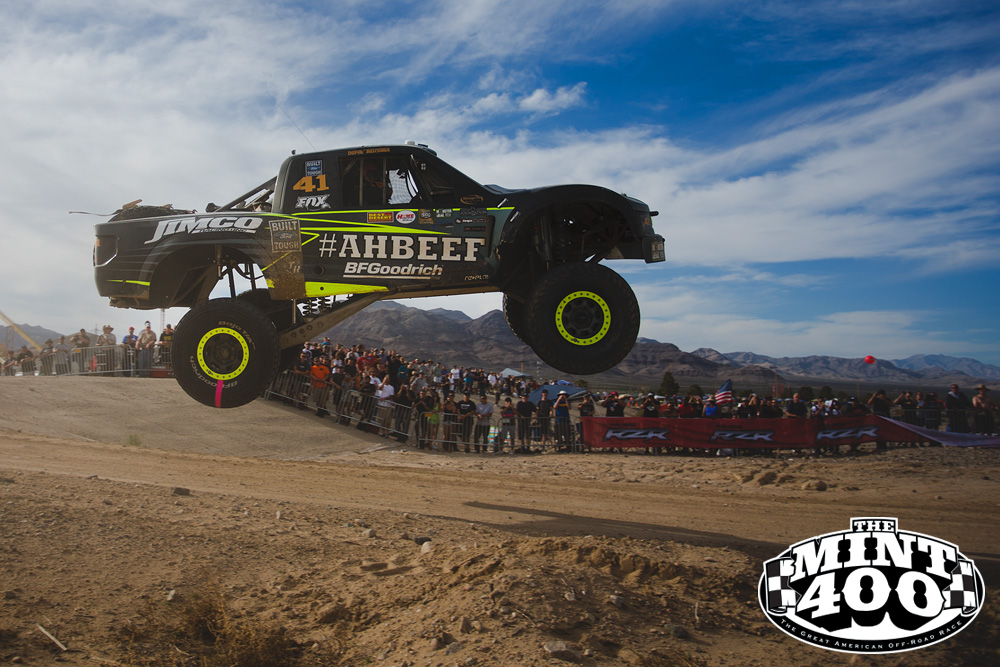 The First Class-1 car to cross the line was Sam Berri in his new single seat car. At the finish line Sam said it was awesome to be 62 years old and still be able to give the young guys a run for their money
Howe Performance had 8 of the top 10 overall finisher running our products. Here is a link to the finishers of the afternoon race