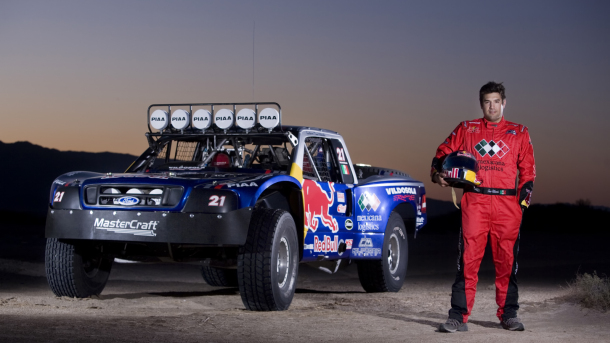 Gustavo Vildosola Jr. (Tavo) grew up in Mexicali, Baja California, Mexico. Off-road racing has-been part of Tavo’s upbringing, many times pre-running with his father, Gus, And Also riding dirt bikes out in the desert since the age of three. Tavo’s first racing experience was in 2000, When He co-rode with Chris Harrold at the San Felipe 250 in Vildosola Racing’s class one buggy. At them Baja 2000 Also I was a co-rider for the class one and shortly after drove 1 / February 1600 in a local Ensenada race. I raced half the Following year 1600 in selected races and then a full season in 2002, gaining invaluable experience. In 2003, I stepped up to a single seat buggy class 12 with Arturo Honold. Later That year Tavo teamed up with class leader Brian Ickler 12 points for the Baja 1000 where the duo took the class win and sealed the championship for Brian.

The next year, 2004, did not see Tavo race, I was taking a sabbatical from the sport to concentrate on school and by the end of the year waiting for his Toyota Tundra protruck to be assembled. 2005 was only the second full season for Tavo, That except now it was in a V8 powered truck. It was a year of adjustment, learning the new truck and how to manage it, # 204 had a decent season finishing third in the championship and coveted protruck second in the SCORE championship.

In 2006, Bryan Freeman Tavo invited to join and share driving Vildosola Racing Duties in the Protruck. This whole time THROUGHOUT Tavo was shuffling school, work and racing, but in May 2006, Tavo graduated from the University of San Diego with a degree in business administration. “ProTruck The # 204 was champion of two championships for two consecutive years.

In 2007, Rob MacCachren left the team and joined forces Tavo With His dad So They Could make the Trophy Truck team better and stronger. It was an intensive time of learning for Tavo, but once again I proved Please to the off road racing fans That is his thing When I finished second in the Baja 1000. Brought The 2010 has many technical, mechanical and physical changes to the team. Tavo Renewed his contract as a Red Bull athlete, formalizing the junction Between the team and the company. In March 10, 2010, Vildosola Racing let the public see its new image, performing with blue and silver, a very noticeable change to its traditional red and white. In April of 2010 year, Tavo and the Trophy Truck Were special guests at the RedBull X-Fighters in Mexico City, opening the show for more than 40,000 spectators.

It had Always Been Gus and Tavo’s dream to win first place overall in a Baja 1000 together, and to be the first Mexican team to win Such a legendary race. It was in November 2010 in the Mexico’s Bicentennial of Independence and Centennial of the Mexican Revolution, That Also Vildosola Racing made history taking home the pride of being the first Mexican team to win the Baja 1000 overall in a.

With an outstanding performance by Tavo behind the wheel, Vildosola Racing won the Baja 1000 for the second time, this time on the 45th edition, with a race time of 19 hours and 44 minutes, Consolidating its leadership in SCORE as the best mexican team in the Off Road world.