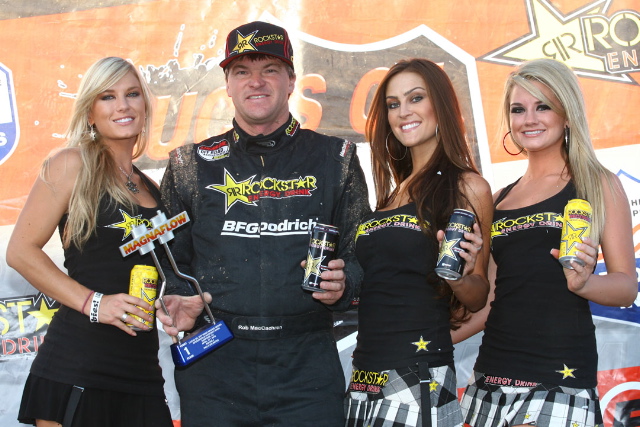 In 2012, MacCachren started the season with a victory at Sunday’s Laughlin Desert Challenge (the race was run on Saturday and Sunday as two separate points races). He then won the MasterCraft Safety Tecate San Felipe 250 for the second year in a row.

In short course, MacCachren won the Lucas Oil Off Road Racing Series (LOORRS) Pro 2 title in 2010, winning a record 9 out of the 15 rounds of racing. MacCachren was also successful in the competing TORC Pro 2WD series, where he ended up in second place for the season. In 2011 MacCachren finish second in season points in LOORRS and second in TORC as well, with five victories in LOORRS and three wins in TORC. In 2012 MacCachren won the $20,000 Chairman’s Cup at Crandon behind the wheel of the MOPAR RAM Pro 2WD.  He won his 200th career event later that year at Crandon during the track’s second weekend (on the first weekend in September). He won the Sunday “World Championship” Pro 2 event.

In 2013 MacCachren signed a deal to compete in Robby Gordon‘s new truck racing series modeled after Mickey Thompson‘s Stadium series; the Stadium Super Trucks. He won the inaugural event in March 2013 and won another round in May 2013. MacCachren ended the season with four wins, but finished second in the championship to Gordon.

My dad was once a desert racer. He put me in the car at age 16. I never looked back. At age 47, I have over 200 wins in both short course and desert racing combined.